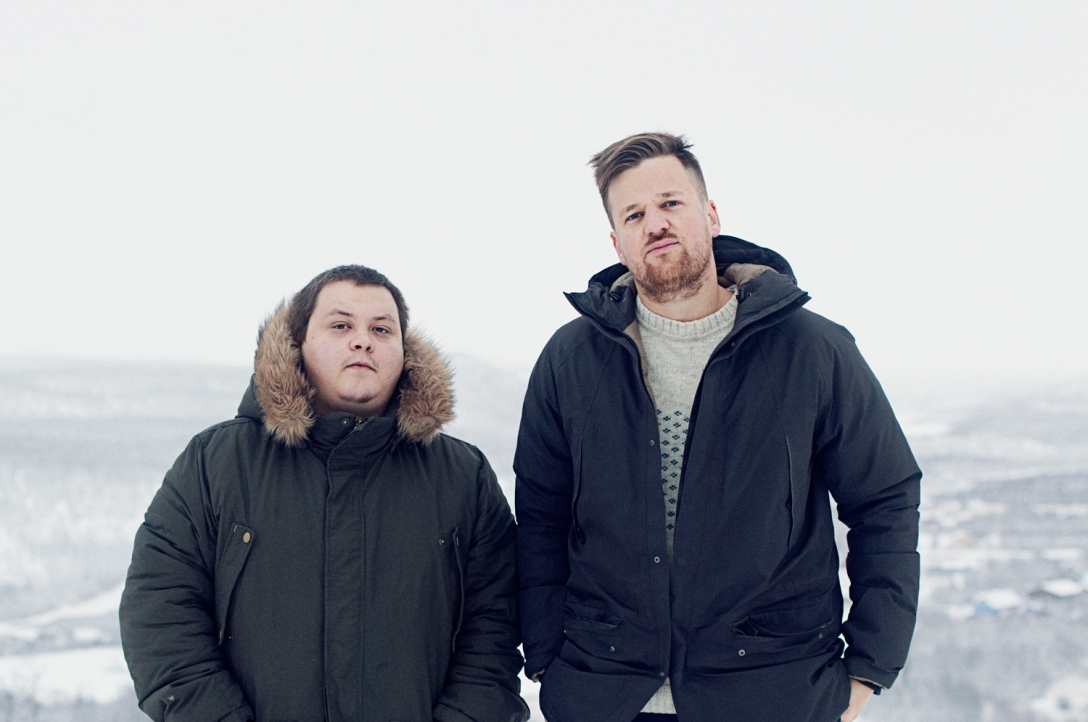 Norwegian documentary film director and advertising professional, Simen Braathen introduced his new doc ARCTIC SUPESTAR to audiences in New York City last week. His documentary about a Sámi rapper SlinCraze had the screening and a concert by the rapper at the United Nations as part of the Forum on Indigenous Issues. The film opened the Films From North program at the Tromsø International Film Festival earlier this year receiving a well-deserved welcome. US VICE Magazine described it as “one of the best music documentaries” of 2016.

Firstindigo&Lifestyle: How did you start doing documentary films originally, did you plan on becoming a director as a career choice, or did it just happen?

Simen Braathen: ARCTIC SUPERSTAR is my debut film and it was something I stumbled into 4 years ago. I was working in advertising in New York at the time and as a side project, photographer Martin Johansen and I wanted to make a photo exhibition that portrayed Norwegian rappers and the places they represent. You know, instead of reppin’ Brooklyn, Bronx or Compton, you would have rappers throwing up their signs on top of mountains and fjords.

That’s when we came across SlinCraze – who was not only living in one of strangest, most desolate places I’d ever been, but he was also rapping in this ancient language less than 20.000 people speak. So we brought DOP Kristoffer Kumar for the trip and made a short doc.

At the exhibition opening the year after, the short film earned way more attention than we could ever dream of. With both Huffington Post and BBC showing up to cover it. That’s when we knew that the story might be strong enough for a real doc. Since then it has been a learning-by-doing-kind of process, but luckily I’ve had some very experienced people helping me through.

What is your background and education, you studied Social Anthropology at NTNU?

SB: I’ve also studied creative writing and advertising in Oslo, and moved to the States after graduating, where I spent three years in Colorado and New York. Now. Besides making documentaries I also run a small creative shop called BRUNCH OSLO.

How did you eventually find about SlinCraze?

SB: I knew a couple of Sámi rappers from before, but I was really caught off guard when I first hear SlinCraze’s music. His flow and technique were way better than I ever expected. And his mix of traditional Sámi music with raw hip-hop makes you forget the fact that you have no idea what he’s saying.

Did you know much about the indigenous Sámi people and their culture in Norway before starting to make this documentary?

SB: No, sadly most Norwegians know very little about the Sámi people and the things we do know are usually based on stereotypes. Even current journalism from that region tends to ask the same cliché, preconceived questions. I think what made our process a little different was that we were first and foremost interested in music and we shared so many musical references we could connect through. To explore this part of the world and being able to hang out with some really cool people have been a major motivation for making this film.

In this documentary, the Sámi rapper from Finnmark, Norway is on a mission. Nils Rune Utsi has recently gained a lot of visibility with the definition of a guy wanting to save the language, previously gaining audiences in Norway from all ages. How was the ARCTIC SUPERSTAR screening last week in New York City?

SB: Great! It was such an honor to be able to show it both at the United Nations and at the Scandinavia House last week. It was fun to see that people here responded to the same things as the audience in Norway, cause you never know if things will get lost in translation or in cultural differences.

This is the 15th time that the United Nations Permanent Forum on Indigenous Issues was held at the UN. There were more than 1,200 indigenous representatives from around the world attending to promote indigenous rights. One of the participants, Aili Keskitalo, the President of the Sámi Parliament of Norway, was introducing the screening and the SlinCraze concert on May 10th.

What can you say about the German and European responses that you’ve had with the film, would Europeans know more about the subject, and about their indigenous people?

SB: No, I don’t believe they do, but I think there is something universal about coming from a small place, like SlinCraze does it dreaming big dreams. And I think that is what the audiences recognize and have roots for.

Did hip hop change Norway essentially, can you say it is much different there than in America?

SB: I’m not sure how or if it has changed the country, but we’ve had a huge hip-hop scene for many years. Some of our best selling and most influential artists today have their background in hip-hop. One of the things I really like about hip-hop, is that it can be so local. Even in a small country like ours we have subgenres that vary based on where you come from.

You have career experiences from branding and advertising industries, how is advertising different from making documentaries, do you find it useful to have expertise in both fields so that one gives to the other?

SB: The creative process is the same. You plant a seed and make sure it grows into it’s full potential. But the time and money you have in making, is obviously very different. As a creative I’ve really enjoyed mixing the two, because making a documentary is such a slow game, and whenever I felt like nothing happened I could turn into advertising. At the same time, advertising can feel pointless at times when clients turn your ideas into crap. So then I would go back to my film where I was in control.

There is always a lot of curiosity around the Cannes lion prizes. What is your personal opinion, what do you generally think of prizes and awards and their role in the making of your works?

SB: I personally couldn’t care less about advertising awards and I’ll never understand why people spend more time making case studies for their work, than the actual work. But I guess that’s how a lot of the industry works, how people get promoted and agencies win business.

How do you usually fund the projects, is Norwegian support for film good and beneficial?

SB: I don’t know so much about this. It’s is probably more of a question for my producer Stig Andersen at Indie Film in Norway.

Do you see yourself as an artist; are documentary filmmakers considered to be artists, and how do they talk about art in the advertising industry?

SB: No, I don’t. I think documentaries sometimes can turn into art in the end, but I never like the ones that set out to be that from the start. The same goes for advertising. If you start by thinking you’re going to make art, you will most likely end up making shitty art that also doesn’t work as an ad.

Start with something true and make the most out of it. Then maybe it becomes something unique.   -Simen Braathen

What is your motto of making your works in a couple of sentences?

SB: Finish it no matter what. Every creative will at some point think, “this idea sucks, I’ll wait for the next” but when you’re stubborn and push things through, you’ll never know where it might end up. In this case we ended up at the UN.

Do you have great plans for the future, any specific subject matters that are important for you at the moment?

SB: We just started developing a new project, which is about my grandpa who is 93 years old and plays in a band. Also I’m excited for some of the things we’re doing at BRUNCH, where we help companies tell genuine and more engaging stories.