A tree blossoms, meadow is green, horizon is filled with stillness, which is almost touchable. The rich video footage by Jumana Emil Abboud narrates without noise. Palestinian artist, who lives and works in Jerusalem, uses video and audio to add into other mediums of storytelling. For her exhibition in Bildmuseet, The Horse, The Bird, The Tree and The Stone, the artist has added murals, and included drawings and sculptural objects to create installations that open up about personal and communal memories and losses. Her art handles belonging and peoples’ attachments to territories. For her project, she has visited sites, which carry haunted memory of the past. The artist visited wells and other water sites that no longer exist, but are retold in the oral history. Abboud’s current artwork carries magical components that mix with reality. The imaginary intertwines with researched material, which both influenced the art. The artist has collected stories and reinterpreted fairy tales from new perspectives. She used a story of Rapunzel, for example, to imagine lives of Arab women from a domestic point of view, to make it a women’s story that has universal visibility and resonance.

Abboud was born in Shefa-‘Amr, Galilee and moved to Ontario, Canada with her family. After returning back home, and moving to Jerusalem, she encountered personal questions of belonging, and started making her journey towards finding her own connection to the place. Her exhibition at the Bildmuseet, asks through visual images and oral performances, what the personal and collective memories can be, and what the myths can tell us about ourselves and our history. What stories connect us to the places that we live in?

Abboud’s three-channel video installation Hide Your Water from the Sun (2016), goes back to 1920. The video is based on a study by ethnographer Tawfiq Canaan who dived into the Palestinian customs and folklore. The ‘haunted locations’ presented in the study, connect to multiple water sources, which are inhabited by demons, good or bad. Abboud visited these locations together with cinematographer Issa Freij. The original wells and springs pointed in the study have disappeared.  The artist applied the notion that in the Palestinian traditions the haunted or blessed sites become activated with storytelling and through fairy-tale practices.

Upon returning home as a young adult, the artist did not feel connection to the place called home. She found a new connection by looking at the landscape, which played an important part of her childhood. It acted again as a direct link to her past. Abboud had also experienced stories as a child. The stories were not written down, so she wanted to ask questions about them and find out, how the political layer attached to Palestinians had pushed the oral history down. In her mind, the landscape related to all the stories told about the people, creatures, monsters and goblins. Landscape related to the past, and what she had learned as a child, but also to collective memory, which belonged to others as well.

Abboud’s artistic whole, The Horse, The Bird, The Tree and The Stone, relocates the disappeared landscape, which went through alteration and changes of infrastructure. Many of the original sites have been buried. Only the older generation has memory of the haunted sites. Abboud’s installation include film, drawing and painting, reflecting the journey to the past that confronts the current political reality. The artist has also created recent performances out of the Palestinian folktales, which connect to contemporary life-stories of the people. 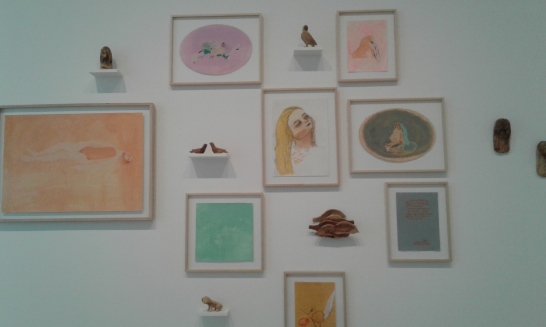 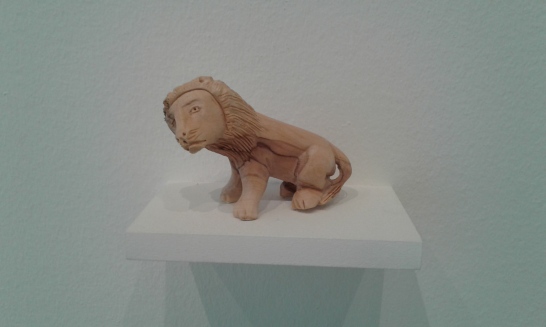 More info about the exhibition at the Bildmuseet

Besides Bildmuseet, Umeå, Jumana Emil Abboud has had solo exhibitions in Tel Aviv and in Switzerland, among other places. Her work has been exhibited at venues such as the Istanbul Biennial (2009); Acción! MAD-Festival, Madrid (2010); Sharjah Biennial (2011); Bodies that Matter, Galeri Man, Istanbul (2013); the Venice Biennale (2009, 2015); Baltic, Newcastle (2016); and Kunstraum, London (2016). Bildmuseet represents artist’s first major solo exhibition in Scandinavia.