Artist and global citizen Liu Shiyuan is a young generation Chinese artist. She comes from Beijing and lives currently between China and Copenhagen, Denmark. Her multiplicity as an artist has gained her presentation across continents. Liu Shiyuan’s visually colorful photography and video montage, and her approach to cultural patterns perform traditions from new angles. In her body of works, monochromatic tones meet performative arrays.

Firstindigo&Lifestyle: What made you decide to move to Copenhagen Denmark, as you have lived in so many places?

Liu Shiyuan: I was born and grew up in Beijing. I studied in The Central Academy of Fine Arts (CAFA). Then after that, I went to NYC to get my MFA from the School of Visual Arts. I´m a very typical Beijing person, my dialogue accent and my behavior are pretty local Beijing type. I got used to living in a big city where there´s a lot of competitions going on. I like it, it makes me always have to work harder and be a better person and so on. So I actually never thought about moving to a place like Denmark. But I met my husband in Beijing in 2009 while he was doing his exchange studies there. We kept the relationship going even when we were living 8000 miles away from each other. He is Danish, and that is the reason why I am living in Denmark now.

Firstindigo&Lifestyle: How has your choice of living in multiple places changed your artistic identity and your perspective into things?

Liu Shiyuan: I got influenced by this kind of “international” life style a lot. Meeting with people from different places, it brought me a bigger image of understanding the world. I started thinking about things in a totally different way. By living with three different languages, my words are getting less, but my emotions are getting more. There´s so many things coming to me every day that I cannot even explain, they are too big and too complicated to be expressed by any language. That is why I work as a visual artist.

Firstindigo&Lifestyle: What are the best aspects of living in Copenhagen as an artist, in what ways do you think it is special there?

Liu Shiyuan: I found out here in Denmark that the “artists” (not including the Danish artists living outside of Denmark) are not like the “artists” I understood at all. I still don´t know what I can do here to the Danish society as an immigrant, except continue what I used to do. And I think doing art is enough for me. I don´t care where I live, as long as the life goes on. I travel a lot every year, we bring our baby with us to wherever we go. So home for us could be at any new places. We also stay in Berlin for a lot of time, since it´s very close to Copenhagen, so I guess besides Beijing, Berlin could be our second city.

Do you feel Scandinavian now?

Firstindigo&Lifestyle: How about your time spent in New Yock City, how did you experience the living and studying. Could you explain what ingredients did the art education give you?

Liu Shiyuan: I went to NYC in 2010, when I was 24. And I graduated from CAFA in Beijing in 2009, so there was only one year I was doing some stuff in Beijing in the time between. I wouldn´t call it a career, I only built my own performance group, and we made two conceptual theater pieces. I´m still very proud of the works and the people I was working with in my team, because the two pieces ARE really good whenever I watch the video recordings again. It was really for fun, for doing something new, without thinking it is the beginning of anyone´s career. People from the art circle didn´t even think I was an artist. But I was a very serious student in NYC, I never wasted my time, I never gave myself a chance to do so-so stuff, I had to make sure my artwork was going in the best way as it could. It was really the fantastic two years in my life that I really put my art practice together, clear everything up. I was working very hard, having a BF on the other side of the earth, so I spent most of my time in the studio while in school.

Firstindigo&Lifestyle: What is your primary medium of working now, or are you making art with different and varying tools and efforts?

I am very hard on myself. Every time I make a new proposal, I begin from imagining I have never done art before. This is exhausted I agree, a lot of artists don’t work like this, but I just couldn´t help. I don´t have a studio in Denmark, I don´t put my works on the wall, and when I start a new project, I try not to look at my old works. So, I don´t think about the medium or the tools. Rather, the ideas are all coming from a brand new clean mind.

Firstindigo&Lifestyle: You have created video works together with sound artist Kristian Mondrup Nielsen; how do these works usually develop?

Liu Shiyuan: I am also a video artist. But I know nothing about sound, so I work with Kristian Mondrup Nielsen when I need sound in my work. He is a very professional musician, for finishing the sound part of my work, he also needs to cooperate with other people. The process usually starts from renting a recording room, inviting people to play, then he mixes the sound by himself, and the final step is mastering.

Firstindigo&Lifestyle: Then your ‘Wonderland’ color photography series was on display at the Frieze New York in May 2016 with Leo Xu Projects. This collage of photography brought to mind European food ingredients. Are these works influenced by Danish meals?

Liu Shiyuan: Maybe. Danish food can be very conceptual sometimes, because they really care about where the ingredients come from, if the farming is bad for the environment. So when you go to a good restaurant in Denmark, often what you get can look very minimal, no exaggerations. But the taste is just so good because of all the effort behind the curtain, the carrots taste like the best carrots you have ever had, the black coffee tastes like it has milk in it. This way that they treat the ingredients is very similar to how I treat the elements in my artwork. I show how I fully respect the pictures I use in my photos, just simply placing them on “the plate”. ‘Wonderland’ is also related to how fictions are influencing our real life.

In that series of photos, the amount of humor equals the same amount of sadness. So when you look at them, they are actually not food any more, they become the actors on the stage. 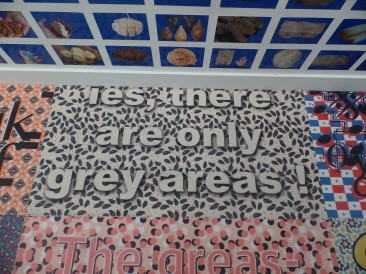 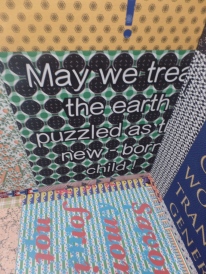 Firstindigo&Lifestyle: What does the word Bentu, meaning native soil, personally resonate in you? It was a title of the exhibition, in which Fondation Louis Vuitton represented contemporary Chinese artists, who are crossing boundaries across traditions and geographical places, or are transforming something?

Liu Shiyuan: Bentu was the group exhibition I attended in January 2016. The defenition of Bentu definitely doesn´t mean a location or a pin on the map. I think it´s more like the root of you, the foundation of your understanding of things.

Firstindigo&Lifestyle: There is a lot of discussion going on about the role of Chinese contemporary artists as part of the art market booming in Chinese centers. Do you want to say something specific about the phenomenon?

There´s a boom of something in China, but I´m not sure if it is mainly related to the art market. Among all the money China got every year there´s only 5% coming from art. So I think the discussion is more on the economical level. It is very scary if you go visit a small city in China, you see new buildings everywhere, but they are empty. So I guess it´s like someone took a loan from the bank to build them while hoping a lot of people can also take loans to buy them. So the whole thing is holy. I am actually very bad at thinking about money, so maybe I shouldn´t talk too much about economy.

Firstindigo&Lifestyle: How do you see older generations contemporary Chinese artists like Ai Weiwei influencing your thinking or methods of working, or something like that?

Liu Shiyuan: He definitely made me thought about my art practice a lot, especially in NYC when almost everyone was asking me about him. Sometimes I explained a bit about how understandings can get twisted between cultures, sometimes I just answer he is not my uncle I don´t know.

Firstindigo&Lifestyle: Would you like to say something specific about the galleries, which represent you in Beijing and in Copenhagen. Do you feel that there is a common nominator now in the international art world, meaning that the patterns of working and featuring artists can be too similar?

Liu Shiyuan: Definitely. The culture of mixing thing has been going on for a long time, and now it starts to seem a bit boring. I don´t think the way most of the people use the word “international” is right.

Firstindigo&Lifestyle: As your art works have been exhibited in different platforms and sites; in museums, galleries, and art fairs, however, who would be an ideal collector for your art?

Liu Shiyuan: Anyone who loves the works. For me, and also my galleries I believe, the best is not always the biggest. Of course, my artworks only have few editions, sometimes they are unique, so I hope the collectors are willing to show them again somewhere, to let more people see them, to make the works live forever in a way.

Firstindigo&Lifestyle: Do you think there is something unique for being a woman contemporary artist that has a new empowering resonance?

Liu Shiyuan: Actually I don´t feel any difference as being a woman. I don´t really know the art world a lot, maybe some people think there´s too few female Chinese artists, so we need to dig more out. But for me, I don´t think about it, it has been a long long long time that I didn´t think of myself as a woman, but I do remind myself all the time that I am an artist.